A sad story on Depression, A Mother Losing The Son, 11, To The Sickness

I read the case here and had the blues myself when I put myself in the shoes of the Mother.

High-flying S’pore businesswoman opens up after losing son, 11, to depression

'But the trouble with depression is, nothing seems fun. Going out is a chore. Meeting people sometimes even friends is stressful because that meant that I had to pretend to smile and joke again.'

Some questions in my mind:

Compassion as an antidote to depression
http://thubtenchodron.org/2013/08/depression-selflessness/

@Jereme, I do think that religion is able to help depression victims, however as depression affects the mind, just faith and knowledge in the religion alone might not be enough. Most of the time, the mind of the victim is weak and will feel that he or she is alone with this problem and nobody can understand what they are going through. To make things worse, the recovery takes a very long time. The situation can be improved if there is a group of closely knitted friends of the same religion to be with the victim and using religion as a basis to encourage, motivate and not let the victim feel that he or she is alone and that they will definitely recover.

Hearing the Dalai Lama speak in this excerpt, I will attribute our increased susceptibility to depression and other mental illness on our focus (or even obsession) on “material values”.

So like building up your immune system, one can start to build up our mind’s immunity to mental illnesses. How to do that…for me…it will be learning and practising Buddhism

I think the depressed person still need to seek treatment and go for counselling.

My mum was depressed & I managed to pull thru which leads to her recovery 6 yrs later. Buddhism helps to calm me down as caregiver. With calmer mind I can then react according. I recently attended caregiver course which is very important. I shd have attended that years earlier…

Caregivers Alliance Limited is the only professional non-profit organisation in Singapore dedicated to supporting Caregivers of persons with mental illness.

About Caregivers Alliance (CAL) Board of Directors and Staff

Well, its my Karma for not knowing it earlier & the whole episode has indeed changed me completely with such “intense” cultivation.

Thanks for sharing @Steven_Leong. I’m thinking most of these victims of depression may not even know where and when to seek help. For your mum’s case, how did you chance upon Buddhism as a solution?

timely article here on when to seek help:

"The best maxim is this, seek help early and seek it as often as you need.” SINGAPORE: For many years, Jason Tan* struggled to come to terms with an incident that had caused him to lose trust in his parents at the age of 16.

Channel NewsAsia has a series of videos, presenting the challenges faced by 4 different groups of patients of this terrible illness. From the elderly, the students, the women to the working adults, this pretty much covers the demographic in Singapore (wondering why they did not feature a separate segment for the male gender in this country…hmm).

I am learning about 苦 (suffering?) in Lamrim now…so this is pretty relevant to me. To observe and be mindful of much suffering we face in our state now. Depression will become the leading cause of disability worldwide by 2020. And in Singapore, one in fifteen people will have depression at least once in their lifetime. What are the signs and who are susceptible? This series gains access to people...

another article from CNA: From cracking under the strain of being expected to excel, to the fear of being 'marked' as unemployable – four working adults share their stories ...

I found this quote from the article quite aligned with Buddhist teachings:

For Ms Wong, who suffered from depression for over a year, embracing a faith has helped with her recovery. She has not been on antidepressants since 2014.
When people heal through spirituality, said Dr Sim, they realise “everything we have is loaned to us, that it’s not about I, me and myself”.
She added: “When you see that you’re part of a whole, you learn to view things differently.”

Many people will have heard of the suicide of Anthony Bourdain - a television personality and celebrity.

KAYSERSBERG: Anthony Bourdain, the affable American celebrity chef and author who shared his voracious curiosity for the world's food and cultures ...

Reflecting that there is much suffering in the world. No one is immune.

It is interesting to know that the person that found something amiss and discovered Anthony Bourdain’s suicide was a Buddhist - Eric Ripert.

Eric Ripert was a good friend and fellow chef to Anthony Bourdain.
I first realised he was a Buddhist when he shared that he was practising Buddhist Teachings in one of Anthony Bourdain’s travel documentaries. It struck me that his mannerisms was gentle and unhurried - similarly at peace with himself.

Curious, I googled for more info: 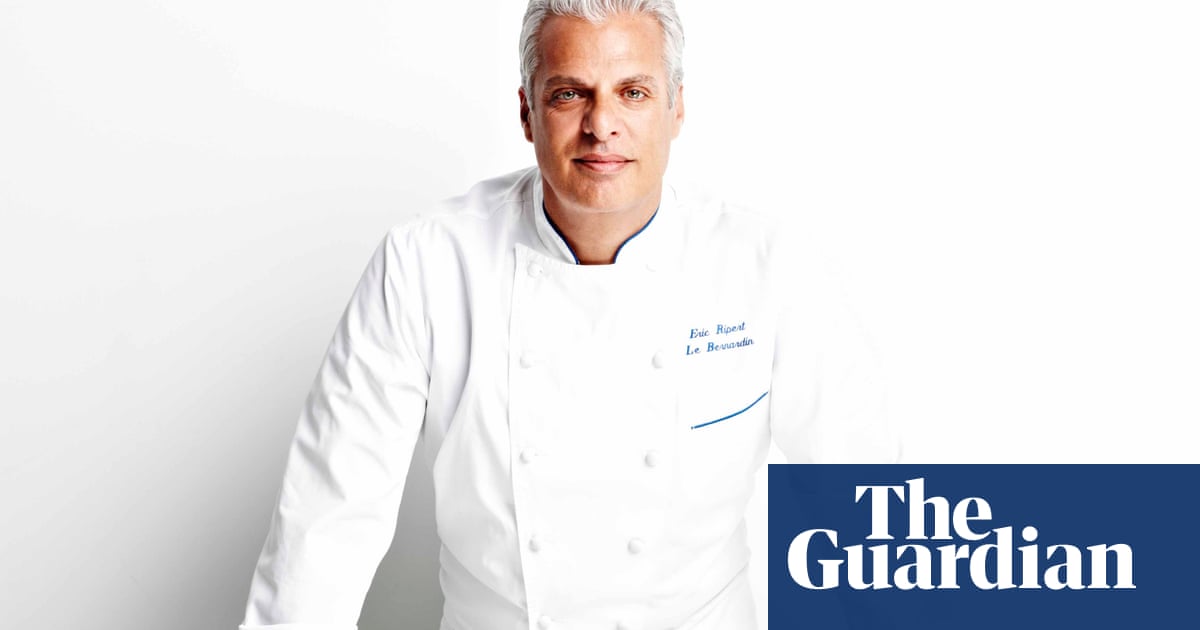 As food writer Joshua David Stein prepares to convert by taking the Vow of Refuge, he checks back in with Eric Ripert, the man who inspired him

Some choice quotes from this practitioner that I think I can use as reference:

I asked Ripert, who had trained in the quasi-militarized kitchen hierarchy called the brigade, whether he too was an angry chef. He paused for a moment then said, “I was. But like I tell my son, ‘No one is happy to be angry.’” Anger is a sign of weakness, not of strength, he told me. This was among the tranche of realizations he said he had had since discovering the Buddhist path 20 years prior.

Ripert describes his style as compassionate and kind. But, he says, “kindness does not mean I’m going to hug you.” Instead, he says, it means “I’m going to observe where your weakness is and I’m going to reinforce you. I’m going to make sure that you are taken care of during your stay here and if you struggle in anything, I’m going to guide you.”
According to Ripert, his approach isn’t explicitly Buddhist. “It’s just a compassionate approach to business.” However, he says, there is an added element of seriousness from a Buddhist perspective.

Another article on him:
https://tricycle.org/magazine/interview-eric-ripert/

A poignant reveal by 4 mothers in Singapore: 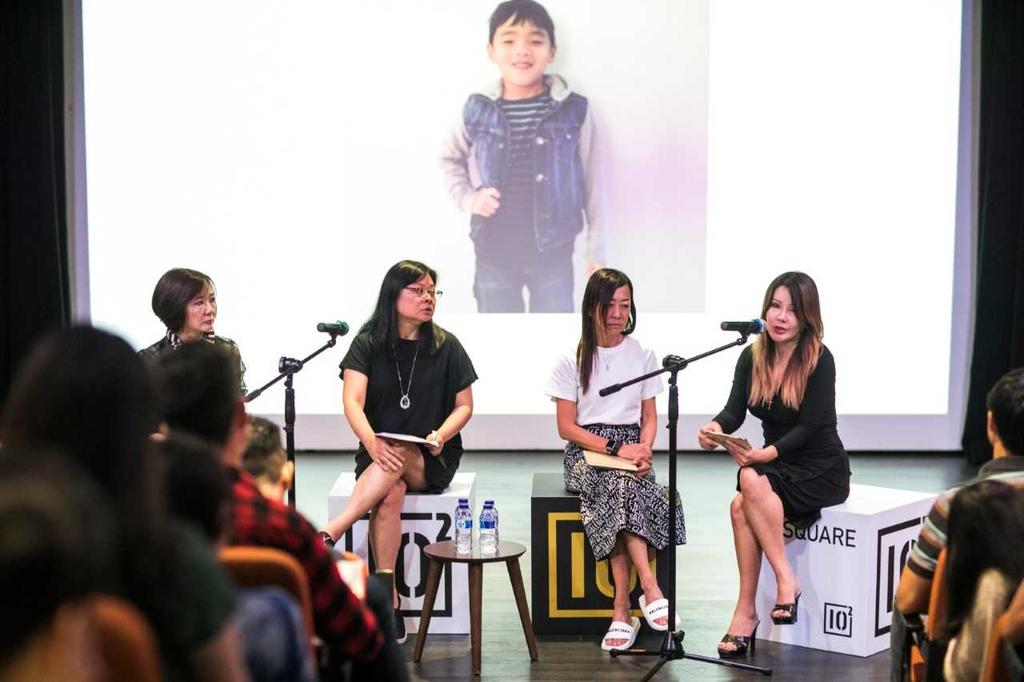 SINGAPORE — After scoring 58 marks for his Primary 5 maths examination, 11-year-old Evan Low decided to take his own life.

CONTENT WARNING: “PleaseStay. Mothers talk about suicide”. This Inaugural video shows 4 mothers talking about their sons lost to suicide and how as a society we must come together to raise awareness on youth suicide and the upstream issues of anxiety, depression and mental illness. #pleasestaymovement #pleasestay4hope #pleasestay2live